Those aspects of the operation of district finances not prescribed by the district rules of procedure (RoP) are contained in the District Finance Committee Manual.

September 1, 2016: PDG Beth Stubbs held a review of last year's financials for the District at 2:00 ET on GoToMeeting. All club presidents and the District Leadership Team was invited. Below are the financial statements for the last year. 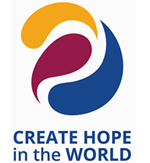